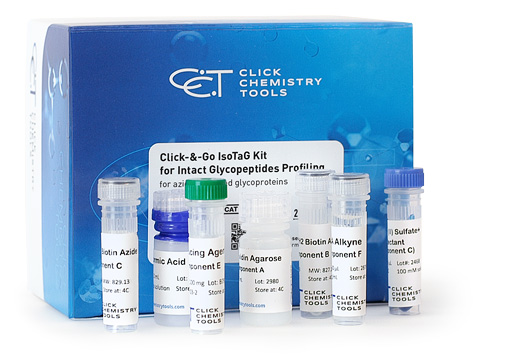 IsoTaG is a mass-independent chemical glycoproteomics platform that helps to address unique challenges of the global characterization of the intact glycoproteome. In this approach a unique isotopic signature is embedded exclusively into the glycopeptides and it serves as a computationally recognizable full-scan MS reporter. A computational algorithm, termed isotopic signature transfer and mass pattern prediction (IsoStamp), for the detection of recoded species in full-scan mass spectra, was also developed by the Carolyn Bertozzi group.

While there has been much interest in profiling the intact glycoproteome, the complexity of glycoproteoforms (and more broadly, all proteoforms) remains challenging to completely define. Mass spectrometry (MS) is commonly employed for characterization of complex proteomic samples. A popular strategy for protein identification is the bottom-up shotgun proteomics approach. In this method, a mixture of proteins is subjected to proteolytic digestion, the resulting peptides are separated by LC and detected by MS, and their parent proteins are inferred from the assigned peptide sequences.

To convert MS data acquired from proteolytic digests into protein identifications, tandem MS can be used to obtain sequence information for individual peptides, followed by comparing an in-silico proteolytic digest of an organism’s proteome. Typically, only the most abundant peptides are selected for fragmentation (Figure 2), whereas data for those peptides in relatively low quantities are not obtained. An inherent problem in shotgun proteomics is identifying proteins of low abundance, such as biomarkers for disease states, against a background of proteins whose concentrations can span up to 12 orders of magnitude.

IsoTaG is performed by isotopic recoding and enrichment of metabolically labeled glycoproteins followed by directed tandem MS (MS2 or MSn) analysis and intact glycopeptide assignment. Isotopic recoding is accomplished by metabolic labeling of cell or tissue samples with azide- or alkyne-functionalized sugars, followed by chemical conjugation with a biotin probe bearing a unique isotopic signature.

In order to perform isotopic tagging, the kit provides two cleavable IsoTaG probes encoded by zero [M] and two [M + 2] deuterium atoms. Probes with different encoding can be provided by Click Chemistry Tools though custom synthesis. The IsoTaG probe with zero, and that with two deuterium atoms [M, M + 2] can be used in different proportions; 1:1, 1:2, 1:3 and 1:4. Pattern recognition with isotopic ratio of 1:3 showed the highest fidelity.

IsoTag has the potential to enhance any proteomics platform that employs chemical labeling for targeted protein identification, including isotope-coded affinity tagging, isobaric tagging for relative and absolute quantitation, and chemical tagging strategies for post-translational modification. 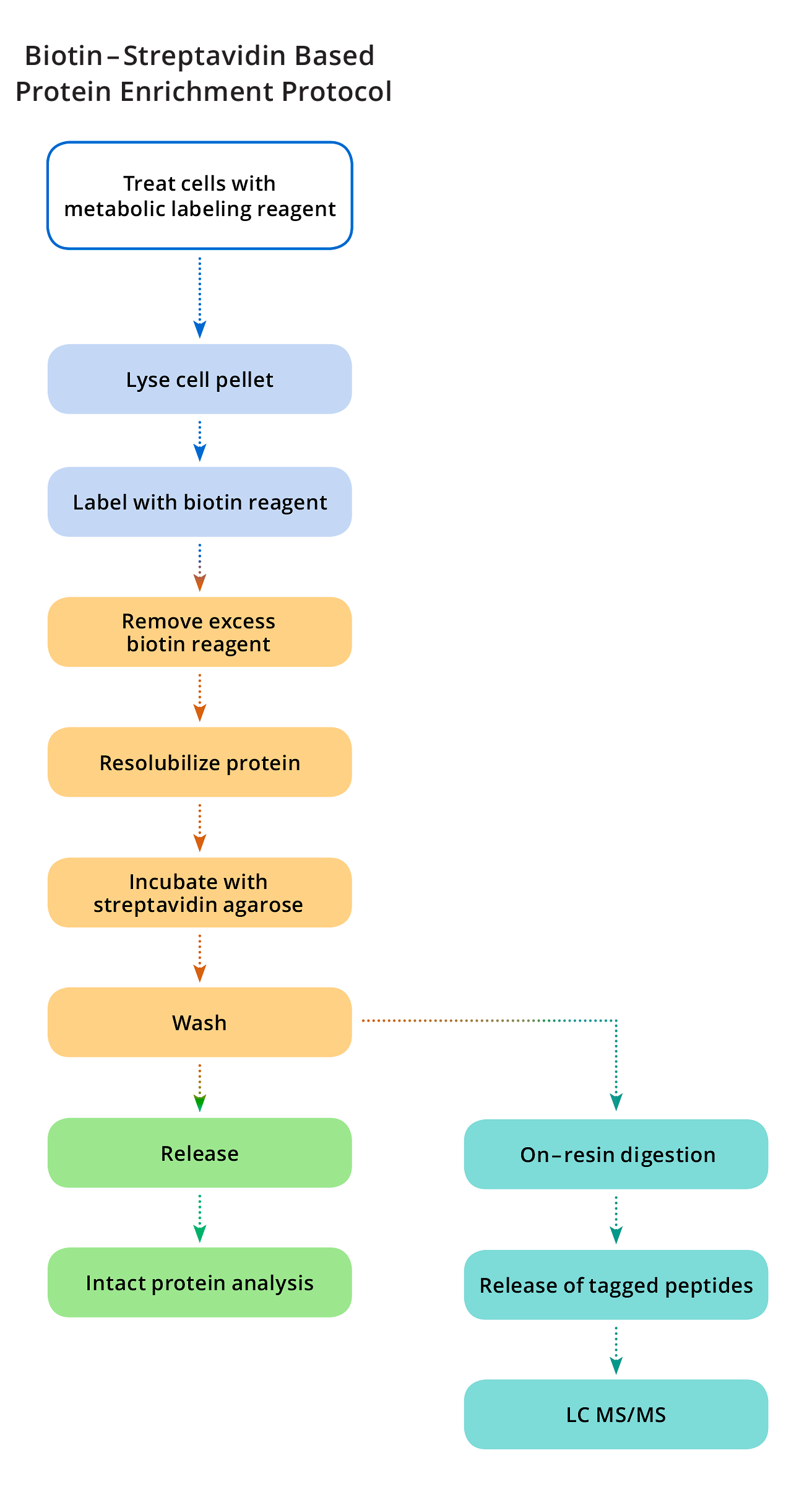 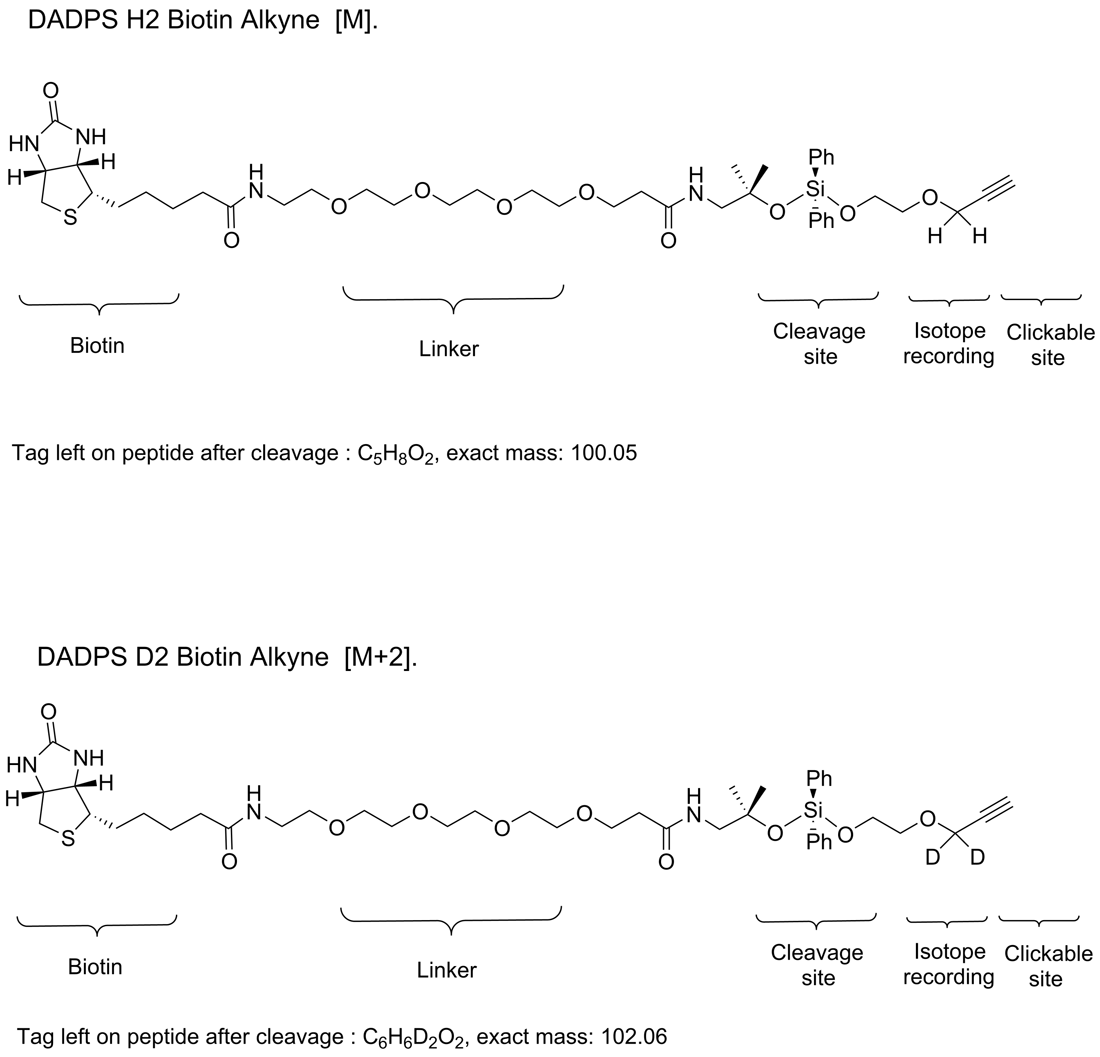