AZDye™ 647 TFP Ester is a water-soluble, pH-insensitive from pH 4 to pH 10, far-red-fluorescent probe. Its excitation ideally suited for the 633 nm or 647 nm laser lines. AZDye™ 647 is structurally similar to Alexa Fluor® 647, and spectrally is almost identical to Cy5 Dye, Alexa Fluor® 647, CF® 647 Dye, or any other Cyanine5 based fluorescent dyes.

Alexa Fluor® is a registered trademark of Thermo Fisher Scientific.

AZDye™ 647 is a water-soluble, bright, far-red-fluorescent dye with excitation ideally suited for the 633 nm or 647 nm laser lines. A significant advantage to using long wavelength dyes such as Cy5 or AZDye™ 647 dye over other fluorophores is the low autofluorescence of biological specimens in this region of the spectrum.

TFP (tetrafluorophenyl) ester is an amine-reactive activated ester that reacts with primary amines of biomolecules in the same way as the succinimidyl ester (SE or NHS-ester) to form a stable amide bond. The major advantage of TFP esters over the succinimidyl ester is much improved resistance to spontaneous hydrolysis during conjugation reactions resulting in more efficiency and better reproducible labeling of biopolymers. TFP esters are stable for several hours at the basic pH typically used for reactions–far outlasting succinimidyl esters.

Alexa Fluor® is a registered trademark of Thermo Fisher Scientific. 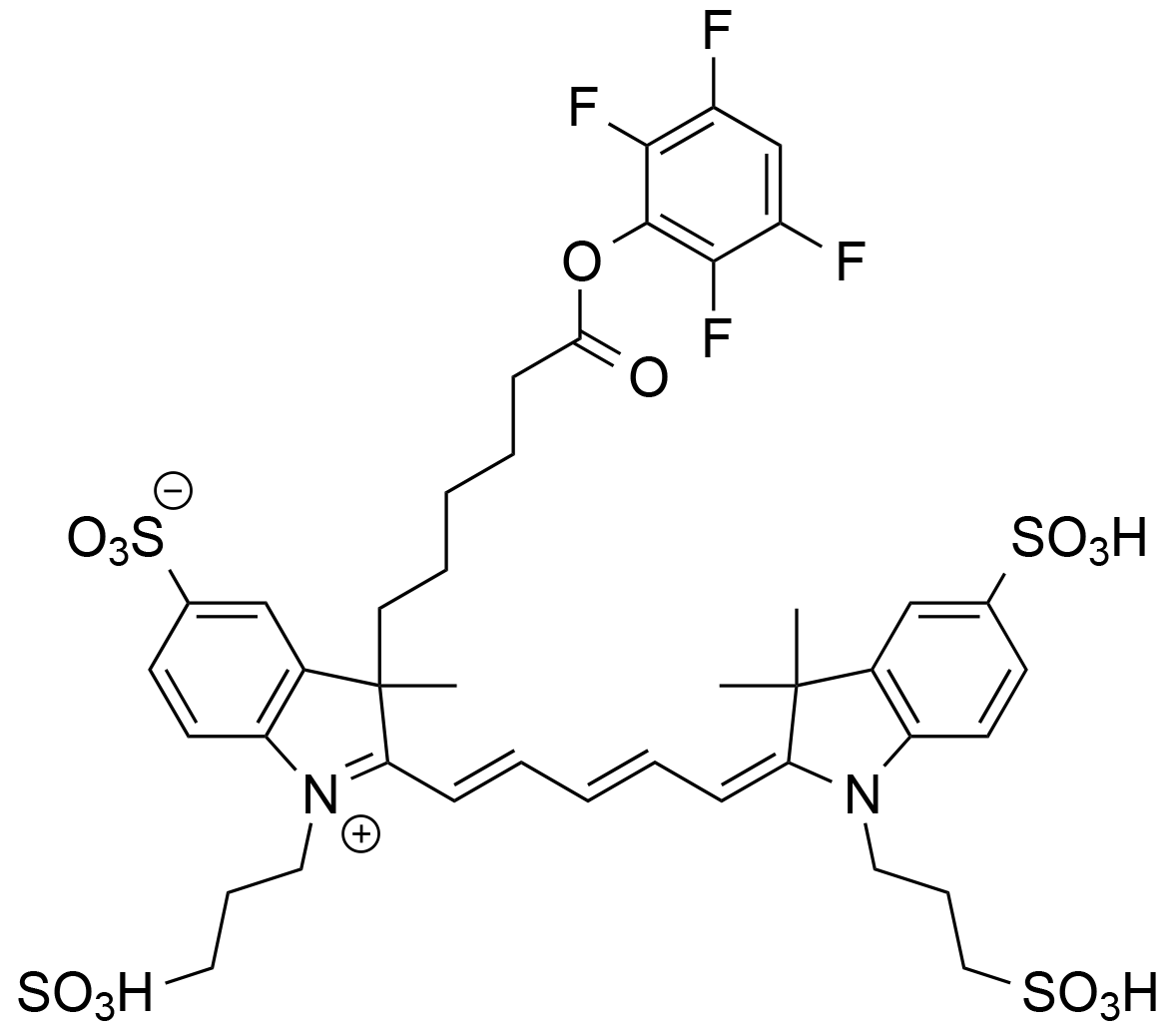